When I return to work after attending a training course, my colleagues and my boss usually want to know how it went. The conversation might go something like:

Though this is slightly exaggerated example, I often find it difficult to remember and describe what I have learned. When I leave a course, my brain feels full of new ideas and enthusiasm. But, by the next morning, I have usually returned to thinking about other things.

As a trainer, I don't want my course attendees to return to work and have the conversation I've described above. Instead I want them to be articulate and passionate. One of the ways that I have attempted this is using a cereal box course summary.

This is not an original idea. I heard about it from my colleague Ceedee Doyle, who had heard it from someone else, unfortunately I don't know the source. However, here's how it works.

Ask participants to construct a cereal box for everything they've learned on the course. What they have to put on the box will follow the same conventions as for a real packet of cereal.

The front of the box should show the name of the course, pictures, and a slogan. 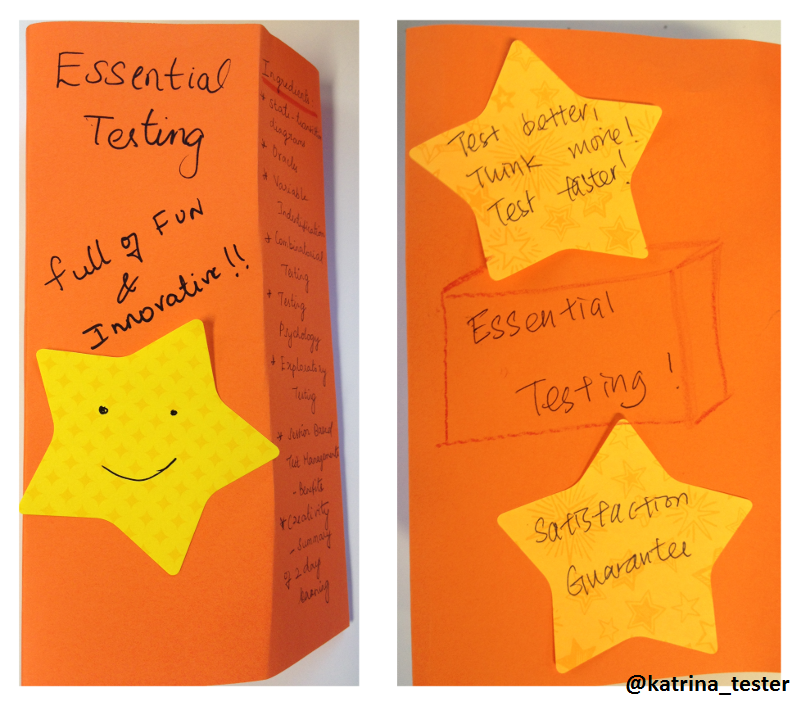 The side of the box should list the ingredients of the course. 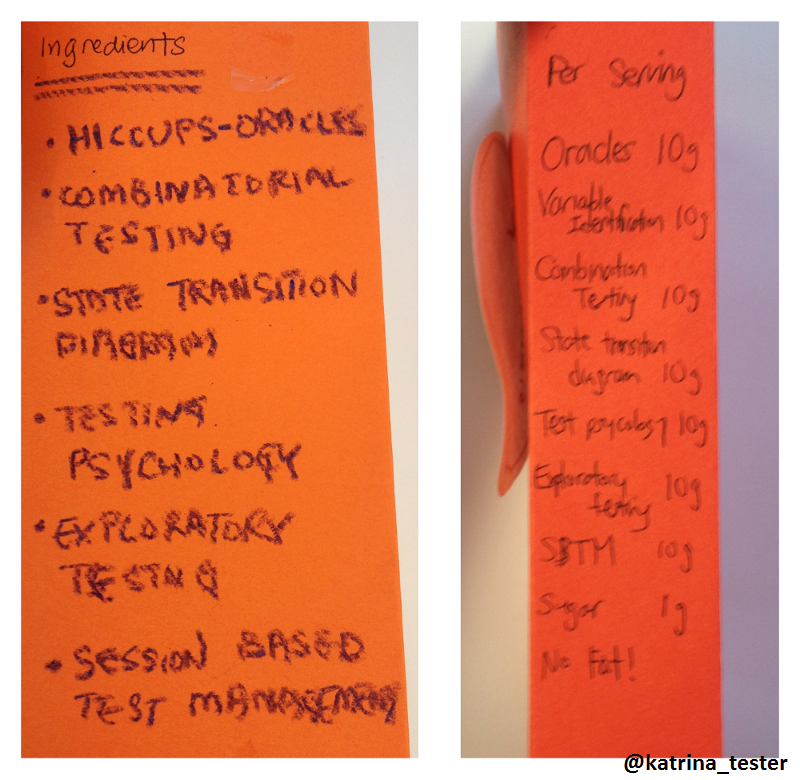 The back of the box should have highlights, reviews and testimonials.

I have used this activity during the last hour of a two day training course. The participants had 30 minutes to make their cereal box, then we spent 30 minutes sharing their creations, reflections and feedback on the course as a whole.

I found the cereal box course summary a creative and fun activity to finish off a course. People are relaxed and talkative as they work. The cereal box captures a positive and high-level view of the course overall, which creates a favourable tone to end on.

I also like including an opportunity for reflection as part of the course itself. One of our students summarised the benefit of this in their testimonial, saying  "I especially liked the final summing up which made me realise how much I’d learned." [1]

Finally, this activity gives each participant something quirky and concrete to take back to work with them. The appearance of the cereal box on their desk may initiate conversations about the training they attended. The writing on the box should support the conversation. Their colleagues can see what they have learned, and the format in which the information is presented is reflective of the interactive and engaging training environment that we work hard to create.
Posted by Katrina Clokie at 11:14 1 comment:
Email ThisBlogThis!Share to TwitterShare to FacebookShare to Pinterest
Labels: Teaching

I was co-facilitating a client workshop recently, and I wanted to include an agile retrospective activity. It was my first introduction to the team and they were using a waterfall development methodology, so I didn't want to go too zany. However I wanted to know how they thought they could improve and, as a facilitator, I find the constant 'post-it notes then sharing' retrospective format to be quite boring to deliver.

I looked through Retr-O-Mat for inspiration and decided that the Remember the Future idea would form the basis of my activity:

I liked that the premise of this idea put the team in a forward thinking mindset. However it wasn't quite the style I was after so, for the workshop, I chose to adapt the exercise in several ways.

To get the team talking to one another so that I could observe their dynamics, I wanted to create a more interactive collection activity rather than an individual one.  I asked the team to break into groups of three people rather than working by themselves.

As the team weren't using iterations I changed the language to "Imagine your next release is the best ever!". To shift the focus from looking inwards, imagining only the team perspective, to looking outwards, imagining the reaction of others in the organisation, I asked each group to think about the reactions to their amazing release from their managers, business owners, end users and the team themselves.

Instead of capturing jotting notes or keywords, each group had to capture these reactions in a series of reviews that included a 5-star rating, a comment, and a name, e.g.

Once the reviews were complete, each group presented back to the team. It was interesting to see different themes emerge from each group, including feedback focused on successful delivery of key functional improvements to business people, unusually quick turnaround of tasks that improved flow of work, and simple recognition of the team's achievement.

After the presentations we returned to the activity as it was described in Retr-O-Mat. We asked the team to think about the changes they would have made to their process to receive these reviews. Suggestions for improvement appeared rapidly and, with this shared context, were relatively consistent across all the participants in the workshop.

I found this activity collected the type of information that we were seeking, while also keeping the team engaged and interactive in the workshop itself.
Posted by Katrina Clokie at 19:38 1 comment:
Email ThisBlogThis!Share to TwitterShare to FacebookShare to Pinterest
Labels: Agile

Community is important to me. The primary reason that I volunteer my time to organise testing events is to offer people an opportunity to meet their peers and share ideas. It is the opportunity for interaction that I value, and I think that conferences are an essential part of this. Conferences build community.

A successful conference is not just about delivery of great content. It also provides a platform for every attendee to genuinely connect with another; an interaction that is the start of a supportive, inspiring or challenging professional relationship. When reflecting on a conference I find that the presentations may have faded from memory, but the conversations that spawned ongoing associations are much easier to recall.

As a conference organiser, the responsibility for setting the tone of the conference weighs heavier on me than selecting the ideas. It seems that achieving success in the community aspect of a conference is much more difficult than the content.

And everything begins with the speaker selection.

I get frustrated when I feel that a list of speakers isn't a true mirror of the community behind a conference, but instead a distorted reflection suited to a fairground Hall of Mirrors. As a conference organiser,  I am looking for strong presenters with innovative ideas who truly reflect the diversity of our profession. I am constantly conscious of creating a speaker line up that engages the brain and accurately shows who we are as a group.

This is a challenge and, when I consider diversity, I consider many attributes. As a woman in testing, I certainly think about the gender ratio in our speaker selection. But I also think about years of experience in testing, where people are employed, ethnicity, age and reputation. If I want the conference to offer something for everyone in the community, then I have to consider everyone in the community by focusing on what distinguishes us from each other.

I don't feel that I have ever had to select a speaker who didn't deserve their place. I simply consider diversity alongside the experiences and ideas that people bring. I think about the audience for a topic rather than the topic in isolation. There are instances when a proposal holds little appeal to me personally, but I feel it would be a great session for others within the community, both for its content and the opportunity to establish the presenter as an active voice.

Ideas are rarely innovative in every context. So considering ideas alone is an injustice to the community that the conference is for. I believe that every organiser should actively think about the people that they serve when selecting speakers.

When asked "What did you enjoy about the conference?", attendees at the recent WeTest Weekend Workshops referenced the topics, discussions, session and learning. I think we had fantastic content. However the strongest theme in responses to this question was the people. I believe this feedback reflects our effort as organisers to put the people of the community at the heart of our decisions on their behalf.